‘The Forest’ is the first time Chelsea has paired her live and studio world, and the first time her live band has recorded with her in a collaborative sense (at Auckland, New Zealand’s beloved ‘The Lab’). Dynamic walls of guitar full of energy and an impassioned vocal performance are a striking deviation from her output so far and provide further introduction to what she has termed her ‘guitar album’ since the release of the dreamy yet dirgey single ‘Everything is Going To Be Alright’ in February.

‘The Forest’ is about overcoming adversity and preparing yourself to mentally get through a hard situation. People often turn to nature as a form of release or therapy. The Forest is a metaphor for whatever you need to do to get through. For Chelsea, it’s often running through a literal forest.

The instruments and vocals were captured live in one take – which is the opposite of Chelsea’s usual process (layering audio tracks over a long period of time in a home studio). The resulting frenetic energy and live magic captured in the recording hark back to a bygone era of late 80s and 90s indie rock. ‘The Forest’ is an example of what one might expect from a Princess Chelsea live show, which has become somewhat legendary in her home country New Zealand and continues to catch fans off guard in the best way possible.

Tickets for the EU tour are on sale now, check out the dates below! 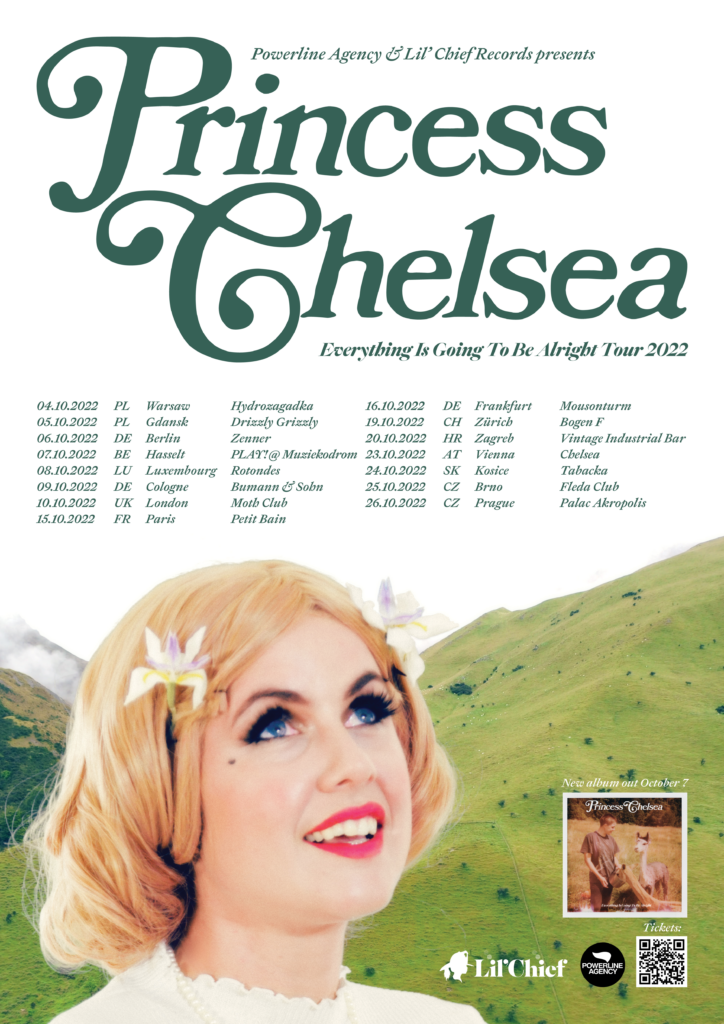